“This night is about excellence,” CNN News Anchor and Asia CEO Awards 2016 host Mitzi Borromeo declared as she commenced the highly awaited gala celebrating the best of the best in the Philippine business sphere.

The Asia CEO Awards 2016 gala night itself was indeed nothing ordinary. The Marriott Grand Ballroom in Pasay City was transformed into a golden tropical paradise with huge video screens revealing the event as it happened.

The gala night gathered leaders in the private and public sectors and their companies as well as media representatives to celebrate the passion, dedication, service and exemplary performance of institutions from various fields.

While the parade of guests in striking suits and gowns created an atmosphere of sophistication and elegance, the children in white dresses or Barong Tagalog and suits stood out as the most notable guests for the evening as they embodied the vision for and of the future. After all, the theme of the night was “The Future Is Here.”

Images of these children on stage while 5th Gen, a Filipino pop group, serenaded the crowd  strengthened the awards night’s message of aspiring and inspiring for a better tomorrow.

Former Secretary del Rosario was recognized for his notable governance of the Department of Foreign Affairs during the Aquino administration. He was instrumental in asserting and defending the country’s rightful place in the community of nations.

Engineer Banatao was acknowledged for his contribution in the fields of engineering and technology on a global scale and for his success as an innovator and entrepreneur.

Of the 100 finalists, the following individuals and companies were chosen as this year’s winners:

Arnel Pineda’s rendition of Bon Jovi’s “Livin’ On a Prayer” and “It’s My Life” and Gerphil-Geraldine Flores’ version of Queen’s “We Are the Champions” were apt for the event as they conveyed the message of hard work, perseverance, pursuit of passion, and success.

As part of its goal of helping bring the Philippines to first world status come 2030, the Asia CEO Awards continues to promote and highlight the positive, the achievements, the accomplishments and the successes of companies in the Philippines. 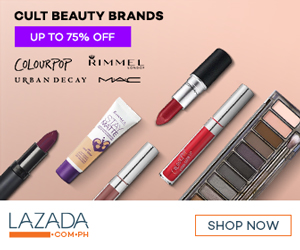 After pursuing a degree in Sociology, BIP Contributing Writer Jhoanna joined the corporate world in the fields of market research and corporate planning. She later on ventured in entrepreneurial projects in the food and fashion industries while writing for blog sites every now and then.